Thulamela is a stone walled site is situated in the Far North region of the Park and dates back to approximately 450 – 500 years before present (BP).

This late Iron Age site forms part of what is called the Zimbabwe culture which is believed to have started at Mapungubwe. Mapungubwe’s decline coincided with the increase of Great Zimbabwe’s importance. When Great Zimbabwe was abandoned about 300 years later, possibly due to political break down, several groups moved south across the Limpopo river into the North Eastern areas of South Africa (and Northern Kruger) and established new smaller chiefdoms such as Thulamela. 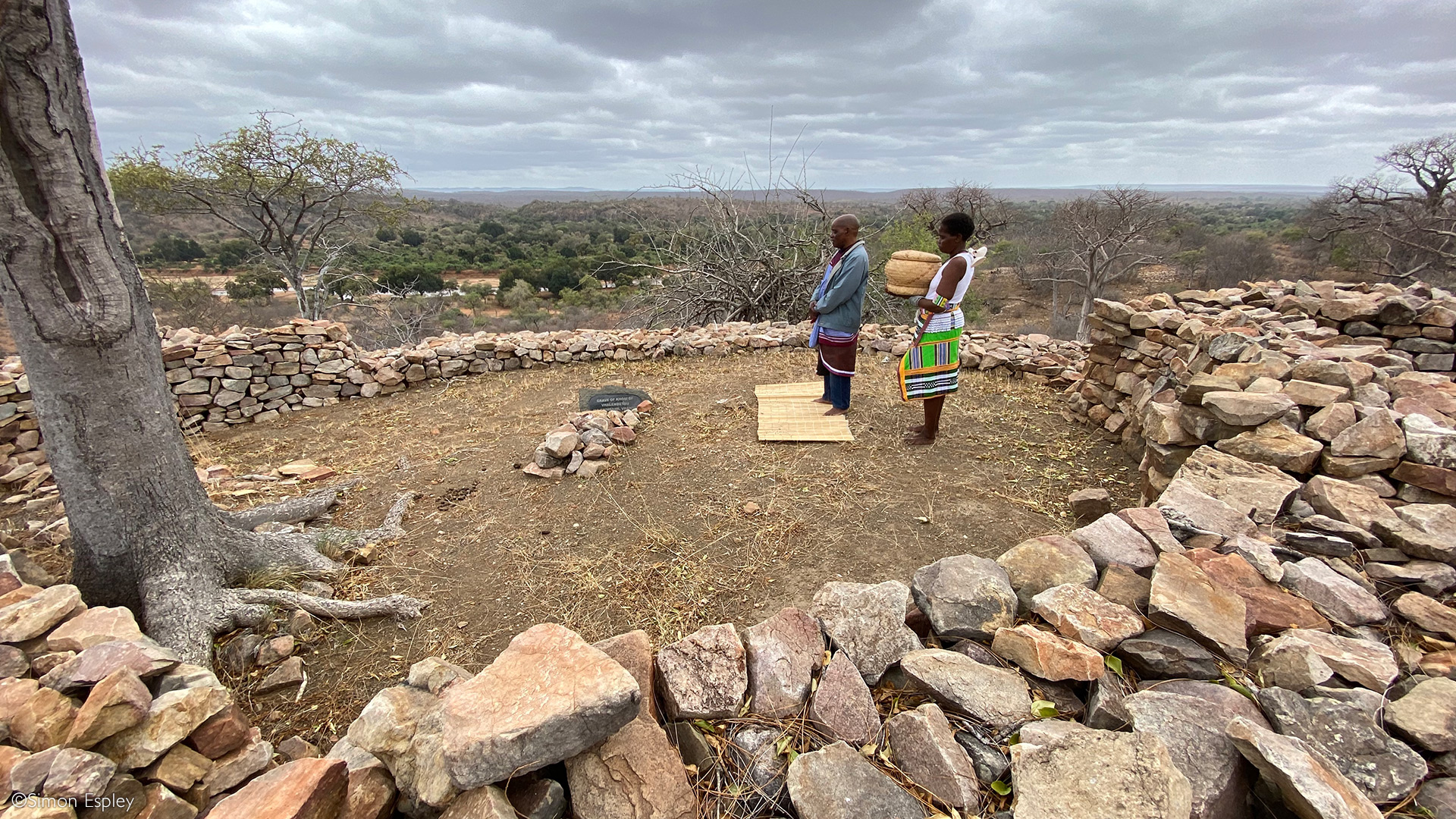 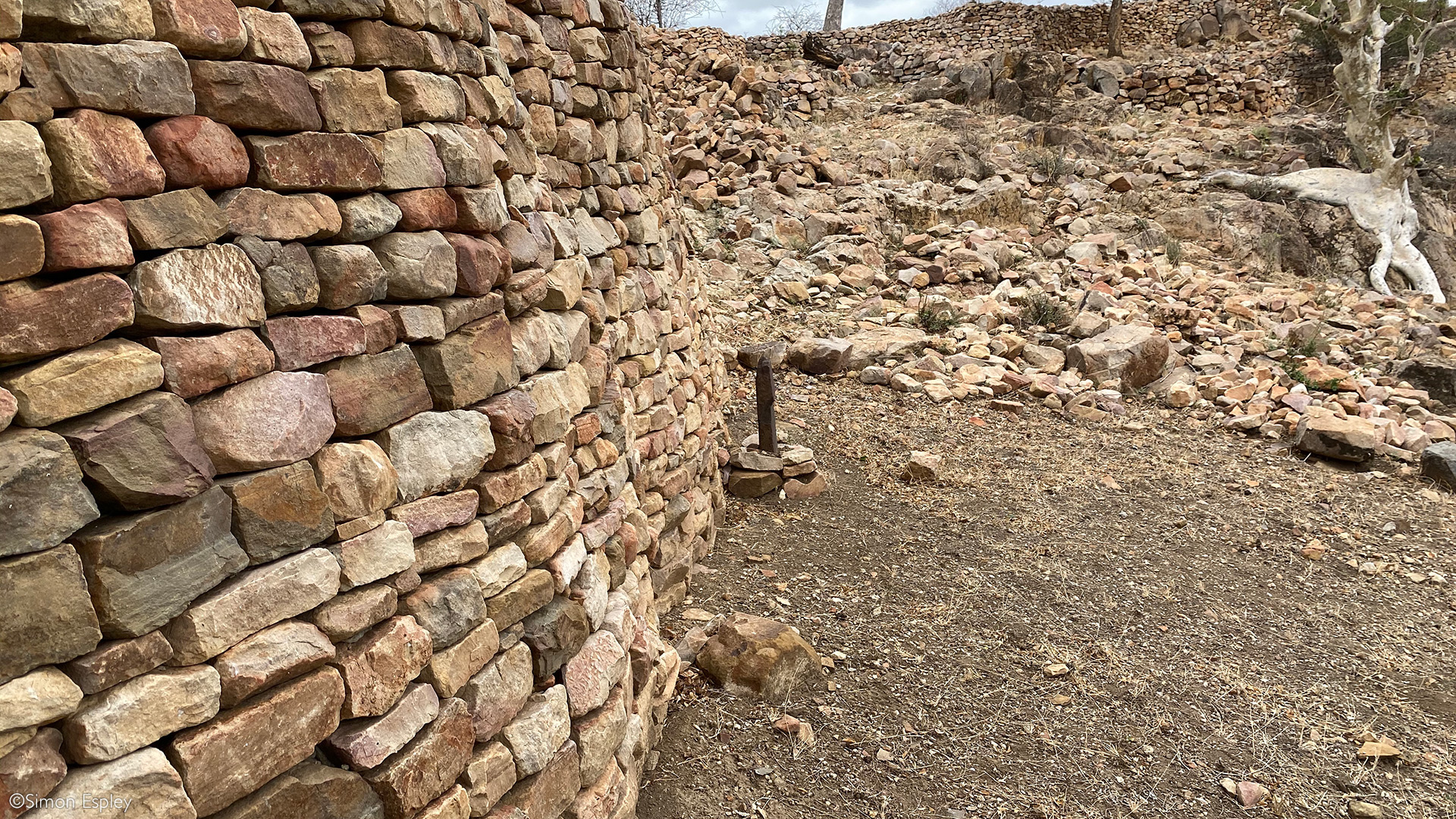 It is believed that the notion and system of sacred leadership developed both from an increase in trade along the east coast and in the interior as well as from an increase in population at Mapungubwe. According to oral histories the Nyai division of the Shona – speaking Lembethu occupied Thulamela and believed that there was a mystical relationship between their leader and the land. They believed that the ancestors of the leader (or Khosi) would intercede on behalf of the nation. The Khosi, who was an elusive figure and could only be seen by certain individuals, lived in a secluded hilltop palace in view of the commoners as an indication of his sacredness.

The Khosi had a number of officials working for him, some of the most important included:

Trade was an integral part of life at Thulamela and trade networks extended though the interior of the continent to include Botswana, Zambia, Zimbabwe and Central Africa (evidence given by the iron gong on the site)

At the time that Thulamela was occupied trade on the Indian Ocean was dominated by Muslim Traders which facilitated movement of goods from the Middle East, India, South East Asia and China. Ivory and gold were often traded along the east coast (possibly at Sofala, present day Biera) for glass beads, clothe and glazed ceramics.

The site was most probably chosen due to the fertile soils of the area where various kinds of sorghum and millets were farmed. The grains from these crops would be ground to be used for porridge and beer. Clay spindle wheels would suggest that cotton was also cultivated for making cloth. The spindles were used to spin the thread by the women while men would weave the thread on low flat looms fixed to the ground. While the Khosi lived in a stone walled palace on top of a hillside, the commoners most probably lived near their fields

The numerous potshards found on the site are the remains of discarded clay pots made by the women at Thulamela for cooking, eating and drinking. The pots were of various shapes and sizes, and often decorated.

During the excavations 2 graves were found beneath hut floors. Graves offer information about individuals of the past by reflecting belief systems from the burial itself, technology from the grave objects and from the bones diet, health, stature, sex and age.

he first skeleton was that of a female and dates to around AD 1600. The person was aged between 45 -60 years and was + 1.73m tall. The roughly oval shaped grave had been dug through a hut in the wives area and the person was laid on her side.